Practical Mindsets to Play Your Best 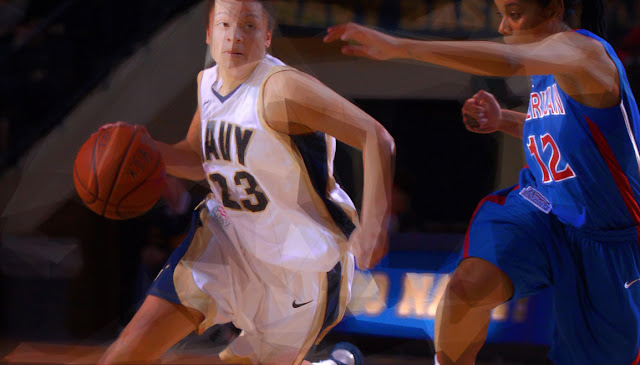 Imagine two players: identically tall, equal in strength, with matching basketball skills. Despite their similarities, they likely perform differently after the game tips off. Talent itself does not always translate to on-court performance. The missing part of the equation is the mental process of applying your abilities in the moment.

Despite the tremendous amount of time dedicated to skill development, youth athletes rarely train their mind. This leaves players with loads of talent, but often unable to show their quality when it counts.

My youth basketball project, Sense Basketball, aims to change that norm. Our goal is to help young players develop the mental skills to complement their basketball abilities. To do so, we apply the following principles to our practice:

It might sound like a contradiction at first, but finding the balance between concentration and relaxation is the recipe for optimal performance. Although mental focus helps players evade avoidable mistakes, they also need enough freedom of thought to make fast-paced judgements.

Prepare for a game by visualizing foreseeable scenarios and reminding yourself of the game plan. Once the action start allow yourself to come back to the present moment and adjust to how the action unfolds.

2. Look forward to the next play.

The single most detrimental thought process to an athlete is the fixation on a past mistake. Not only does it dampen self-confidence, dwelling on the past distracts from what comes next. The “next play” principal goes for good plays as well; don’t lose your head over a single highlight play.

Implement this mentality with quick inbounds passes after your opponent scores. Often, you’ll get a layup on the other end while the other team is still celebrating.

Also, don’t brood over a missed shot or turnover when the game is still on the line. Instead, focus on what you or the team needs to do next.

After a game winning-shot, one team feels a euphoric high, while the other gets hit with a depressive low. Don’t get hung up on these sensations. The reality of both teams lies somewhere in between those two extremes.

If you play the game long enough, you’ll end up on both sides. So instead of falling victim to chance, celebrate your commitment to the process of getting better.

I strongly encourage anyone involved youth sports to pass along these philosophies to players and coaches. Together, they can help players show their strengths and even expand their potential. For more about the mental aspects of basketball, check out Sense Basketball.

Alex Foster is a professional basketball player and founder of Sense Basketball, a youth basketball initiative. His youth programs include purposeful skills training and mindfulness exercise, to promote athletes’ self-confidence and general well-being.