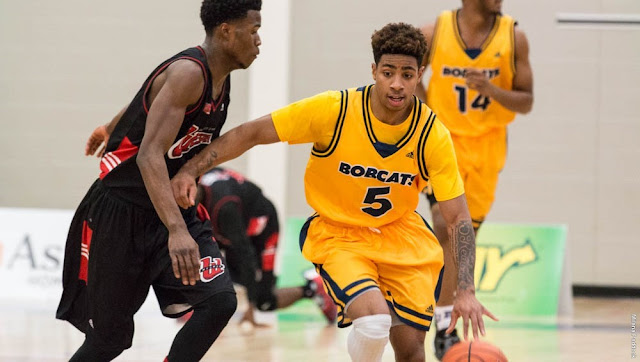 BRANDON - The Brandon University Bobcats are preparing to perform in front of jam-packed crowds this week as our volleyball and basketball teams host matinee Canada West games at the Healthy Living Centre.

Close to 3,000 students and staff from over 40 schools across western Manitoba will be cheering on the Bobcats when they battle the Regina Cougars on Thursday for volleyball followed by basketball on Friday against the MacEwan Griffins.

"I do not think we expected this type of overwhelming response from the schools in the area," said BU Athletic Director Russ Paddock. "We appreciate their strong support and we cannot wait to put on a great show for the students and staff."

The Bobcats have re-captured lightning in a bottle following the highly successful School Program Initiative as part of last spring's national women's volleyball championship. Last March, around 1,800 students from over 30 schools attended the tournament.

"I have never played in front of a crowd like that before, that is going to be a lot of screaming kids. It will be a unique atmosphere and it is something that we are looking forward to," said fourth-year outside hitter Matt Powell. "Just going off of the women's nationals last year, the house was rocking and we are excited to experience that again."

"I went to school in Brandon and we came to Bobcat games when I was younger and it was pretty exciting. You looked up to the BU student-athletes as role models and it is crazy to think that it has come full circle for me, as now I am a Bobcat," said fourth-year forward Stephanie Hunter. "Hopefully we can be good role models for them on the court and give them a good game."

Sunrise Credit Union, Redfern Farm Services, Volleyball Manitoba and Basketball Manitoba partnered with the Bobcats on this season's project, which also includes an educational component with schools touring the campus before game time.

"Team sports are exciting entertainment and engagement for the entire community, especially when our BU Bobcats are involved.  It is made all the better with an enthusiastic crowd adding to the powerful atmosphere and helping to motivate the athletes," said BU President Dr. Gervan Fearon. "It reminds me that we are all part of many teams – Bobcats, Team BU and Team Brandon.  We all benefit from the support and encouragement by others so let's all come out to cheer them on!  It can be contagious, and I'm looking forward to an energetic and enthusiastic crowd as well as great team play this week."

"What a great opportunity the Bobcats and Brandon University are providing our students," said Carberry Collegiate principal and Bobcat hockey alumni member Bruce McCallum. "Being able to watch high-level volleyball and basketball and have the opportunity to tour the campus and get a sense for what BU can offer is a very valuable experience for our students."

"I think being able to showcase what Brandon University has to offer to younger students is going to be a positive for us" added Powell. "We can show them how high a level Canada West is and that is going to be huge for us. It will help our program for the future in trying to bring potential student-athletes to our university."