SESSIONS 1,2, & 4 ARE SOLD OUT: Basketball Manitoba is pleased to announce details of it's upcoming Spring Break High Performance Camps for boys and girls ages 10-15 to run Monday, March 27 to Friday March 31, 2017.  A set participation cap per camp is in place so register now!  Deadline to register is FRIDAY MARCH 24 at 4:30 pm or when the camp sells out! The camps have sold out the last 3 years, so register now to avoid disappointment.

The girls sessions will be lead Basketball Manitoba High Performance Coach & Technical Director Dan Becker along with other support coaches.  See biography below.

The following email was issued on Friday March 24 to all camp attendees...

The girls sessions will be lead Basketball Manitoba High Performance Coach & Technical Director Dan Becker along with other support coaches. See biographies below.

CAMP COST
$125.00 per person
All campers are insured under the Basketball Manitoba insurance program   .

A few updates / reminders include…
All payment must be taken care of by the start of the clinic. If you paid online via the PayPal link – thank you!  Remaining payments can be provided by either cash or cheque payable to ‘Basketball Manitoba’ at the door if they have yet to be mailed or dropped off to the Basketball Manitoba office.

If you would still like to pay online, you can do so at the following link… http://www.basketballmanitoba.ca/2014/01/basketball-manitoba-high-performance.html


Full details on the camp can still be found at... http://www.basketballmanitoba.ca/2017/01/basketball-manitoba-high-performance.htm


Thanks again for the registration!  See you Monday! 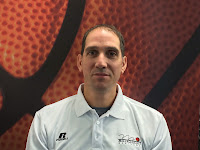 Dan Becker has been an active player and coach for over 30 years at all levels of the basketball.  As a coach, Dan has worked with players from grassroots community club teams to the CIS.  In 2014, he led 17U Team Manitoba to its first ever Gold Medal in the male division at the Canadian National Championships. 10 Years earlier he also led the 17U men to Bronze Medal at the 2004 National Championships.  Dan has also coached in the Canada Games and the Western Canada Games, bringing home a Silver Medal at the 15U age division in 2003 of the WCG.  From 2005 to 2010 Dan coached with Randy Kusano and the Oak Park Raiders Varsity Boy's Program winning two Provincial Championships and making five consecutive Final Four appearances.  Dan assisted at the CIS men's level from 2000 to 2004 and then assumed the interim head coaching duties during the 2004-05 with the University of Manitoba Men's Program.  In 2004, Dan started coaching in the Canada Basketball Centre for Performance Program, a program he now leads as its head coach.   READ MORE...

The boys sessions will be lead by University of Manitoba Head Coach Kirby Schepp and University of Winnipeg Wesmen Head Coach Mike Raimbault and their respective coaching staffs and select players.  See biographies below. 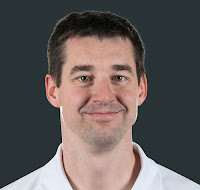 Kirby Schepp has been an active basketball coach since 1993 and is currently the Head Coach of Men's Basketball at the University of Manitoba in Winnipeg. He was Manitoba's Canada Games Male Coach in 2009 and will be an assistant coach this summer at the 2017 Canada Games in Winnipeg.  He has served as the Head Coach of Canada Basketball’s CP Prairie Region Boy's Program from 2005 to 2009 (involved since 2001) and is one of Basketball Manitoba's most active NCCP Course Conductors. He held the position as Manitoba's High Performance Provincial Coach from 2007 to 2009.  His past experience with basketball coaching has been that of President of the MBCA, university assistant coach and university athlete at the University of Winnipeg. Kirby was also named both the AAAA Boys Coach of the Year and the Coaching Manitoba School System Coach of the Year in 2007. Kirby is an assistant coach with Canada's Junior National Team.   READ MORE...

Mike Raimbault enters his 7th season as head coach of the University of Winnipeg Wesmen. He acted as interim head coach with the Brandon Bobcats in 2007­-08 stepping up from the assistant coach role under Barnaby Craddock. Mike was also the head coach of Basketball Manitoba's Westman Regional Training Centre and named the Manitoba Basketball Coaches Association's 'Open Category' Coach of the Year that season. Prior to his current role with the Wesmen, he has been out west at the University of Northern British Columbia at the Canadian College level. He was named the 2009-­10 CCAA Coach of the Year after leading UNBC to the national title.

Mike graduated from Brandon University with degrees in Physical Education and Education. As a former Bobcat player, Mike was part of two teams that made it to the National Championship Game (2000 & 2001). He currently holds his NCCP level 3 certification.