Home Coach Blog Under the Influence: The Effect Coaches Have on Players

Under the Influence: The Effect Coaches Have on Players 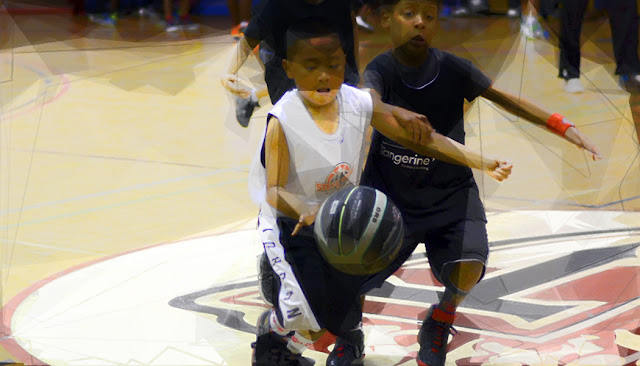 Influence: the capacity to have an effect on the character, development, or behaviour of someone, something, or the effect itself.

As a coach, I have been given the power to influence hundreds of young athletes and in turn, they often influence me. It isn’t possible to sit down with a pen and paper and “decide” how you are going to influence someone. Your innate qualities, characteristics, and beliefs provide the framework for the influence you create.

On the list of people who influence a young athlete, parents come first. I’ll steer around all of the “life” aspects of influence that parents have, and focus just on the athletic realm. Something I have come to find is that a parent who competes (or has competed) in high level sport typically seems to have a more positive influence on their young athlete than a parent who perhaps thought they were once a great athlete, or a parent who has never been involved in sports.

I’m hypothesizing here, but I would suggest that formerly competitive athletes just know what it’s like to train, to practice, and to eat, sleep, and dream sports. Consequently, they seem more willing to give their children a break from that all-encompassing viewpoint. These parents encourage multi-sport participation. They seem less driven to force their child to focus, focus, focus on sport. Instead, they raise mentally and physically healthier children than parents who don’t understand the value of moderation and patience, and how constant pressure can affect the mental and physical development of an athlete.

Other family members will also have a strong influence on young athletes – brothers, sisters, aunts, uncles, and grandparents all make a mark, especially if their relationships are strong.

But once we move away from the family circle, influence comes from many directions. In sport, coaches have the next largest influence on children. Many coaches know this, understand this, appreciate this, and take it to heart. But again, coaches don’t sit down and decide how to influence their athletes – ultimately, their personalities will dictate how that plays out.

I worked with a women’s hockey coach for a number of years. He was a fantastic influence on the girls. He made the effort to understand what made each one tick. He knew how to motivate one girl with loud, positive encouragement, and he knew how to motivate another with quiet, behind the scenes feedback.

The influence here is not the understanding of each player, but rather that he was willing to go to do this at all. It is the fact that he will go to those lengths to be a good coach. How he worked with his athletes, his openness and general good person-ness has even influenced me to be a better trainer.

However (a fancy way to say “but”) there are many coaches who don’t appreciate the severity of influence. Some coaches tend to become upset during games and practices – I’ve seen and done it myself. If that frustration is shown to come from a place of caring, respect, and desire for success, then there is a positive influence. If a rant or rage comes from sheer anger, personal disappointment, or other dark corners, it can only create a negative effect on a young mind. It’s not just the message, but how you convey it, that influences young athletes.

Personal trainers can have a similarly powerful influence on young athletes. There are hundreds of ways in which a trainer can affect an athlete, but consider this example.

I had an interesting circumstance arise when I was the head Strength & Conditioning Coach at a university. A young man was about to head off to the CFL Combine. This athlete was an absolute force on the field throughout his career – leader, captain, all-star, the works. But he was about to head to the combine with a group of other young men who (almost to a man) would be trying to cheat the system in order to appear stronger, heavier, and taller than their competition.

So he asked me point blank: What do I do? Do I cheat?

I couldn’t bear to tell him to cheat, though we both knew what he was up against. His distinct problem was body weight – we was too light for his position. But long story short, he knuckled down and worked harder in the weight room than I had ever seen. He at thousands of extra calories each day, and drank litres of water before weighing in, and he made his target weight. He rocked all the strength, speed, and skills tests at the combine – and was later drafted into the CFL. He succeeded within the slightest of margins, and he did it honestly. He influenced more than he will every know, and I hope my advice and assistance influenced him in return.

And so we read it again…

Influence: the capacity to have an effect on the character, development, or behaviour of someone, something, or the effect itself.

Understand it, and appreciate the severity of it. … END_OF_DOCUMENT_TOKEN_TO_BE_REPLACED