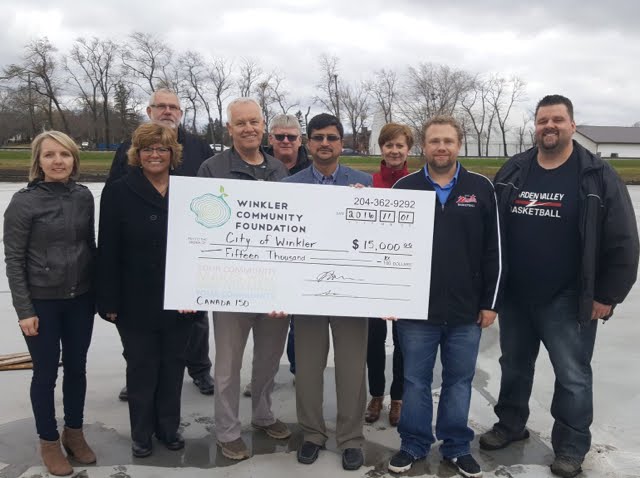 Two outdoor basketball courts are being constructed adjacent to the Skate Park in Winkler. This project received a financial boost of $15,000 Tuesday, thanks to the Winkler Community Foundation and the Canada 150 Fund.
"We are just completely honoured that the Canada 150 Fund saw our project as fit for what they are looking for," said project co-organizer Walter Giesbrecht. This is going to really help us out with this project. It will help us get it off the ground a little faster. We are just very thankful."
According to Winkler Community Foundation Executive Director Myra Peters, this money was a result of a three way matching program.
"The Canada 150 Fund is a national campaign put out by the Community Foundations of Canada. It's a matching opportunity. First of all the Community Foundations of Canada matches half and the Winkler Community Foundation matches half. Then the organization that is the recipient has to match the amount that they have received," said Peters.
The matching of the amount received can come in the form of donations, work-in-kind, or volunteer hours. Peters added this is a great way to bring outside money into the community to help make a difference in the community.
Giesbrecht and the other co-organizer Mark Hamm have been working on this project for several years and have been thrilled with the amount of support they've received not only from the City of Winkler, but the business community as well. 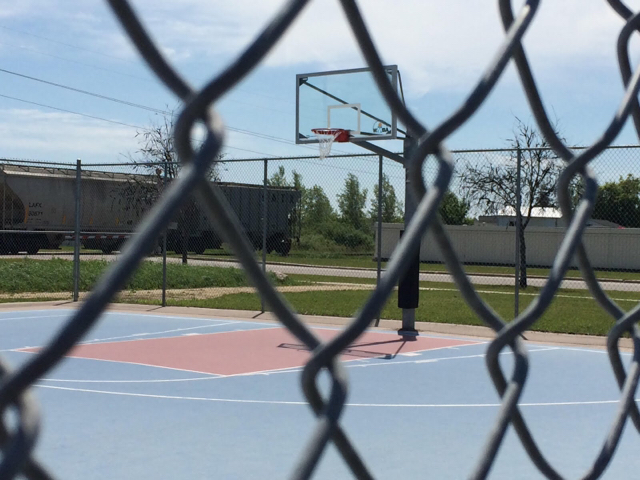 Currently the concrete has been poured for the pair of courts, and Giesbrecht stated they are in the middle of getting the nets made, are expecting the fence to go up this winter sometime, and are hoping to be able to raise enough funds to apply a rubber coating for the courts.
"First of all for safety. If you fall down its going to be a lot better on the rubber. It's a lot better on the wear and tear on the knees and joints," said Giesbrecht. "They've been using this rubber in the City of Winnipeg, where I think they've put up like ten new courts. They've just found the rubber to be a preferable material."
It is Giesbrecht's goal to have this project completed and in operation this coming summer, with the possibility of a grand opening on July 1st
Source: http://www.pembinavalleyonline.com/local/outdoor-basketball-court-receives-funding