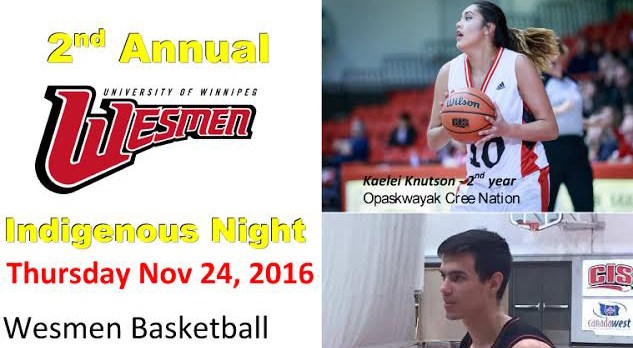 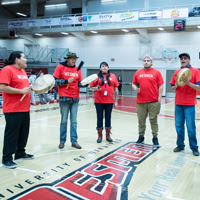 UPDATED: This past Thursday night the University of Winnipeg Wesmen, along with the University of Winnipeg Aboriginal Student Council celebrated their second annual Wesmen Indigenous Night as part of the Winnipeg vs Brandon Basketball action. The event had a traditional blessing and smudge from an Elder, as well as traditional drumming and honouring Indigenous culture with music and dancing throughout the afternoon. Thank you to all those involved and in attendance in making the event a great success once again.

Several events will be taking place including:

“Wesmen Athletics is proud to celebrate our 2nd Indigenous Night at the Duckworth Centre. Last year when we hosted our first celebration, we had hoped to be successful in growing this event and feel we have achieved this goal. As members of the University of Winnipeg family, we are honoured with the role we fill and our relationship with the Indigenous community”, said University of Winnipeg Wesmen Athletic Director Dave Crook.

Games will take place inside the Dr. David F. Anderson Gymnasium starting with the women’s game at 6:00 p.m. followed by the men’s game at 8:00 p.m. 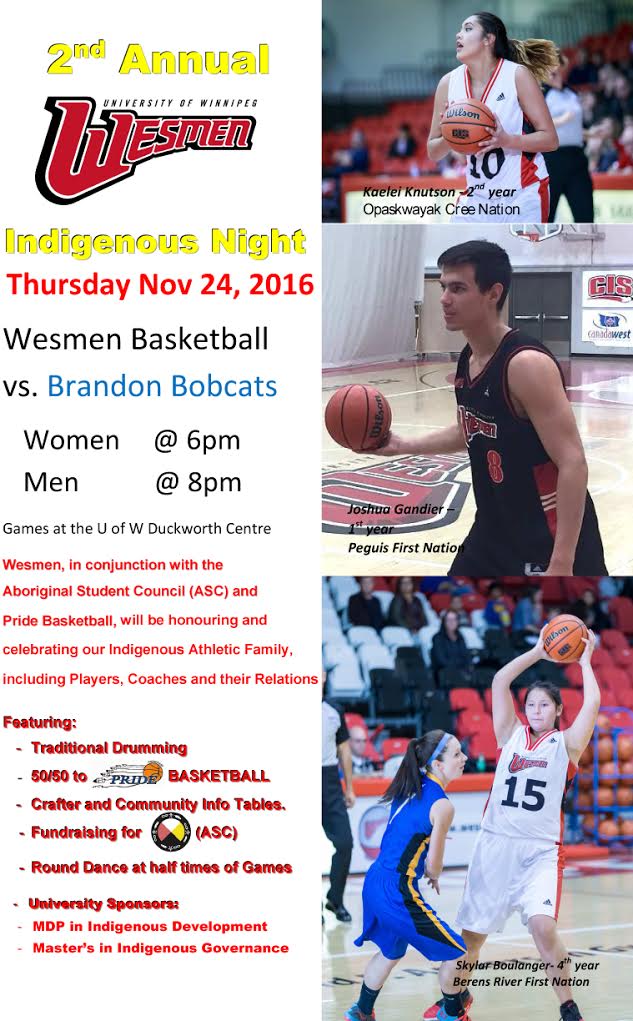