REMINDER: Manitoba Basketball Hall of Fame Nominations for Class of 2021 Due Dec 15 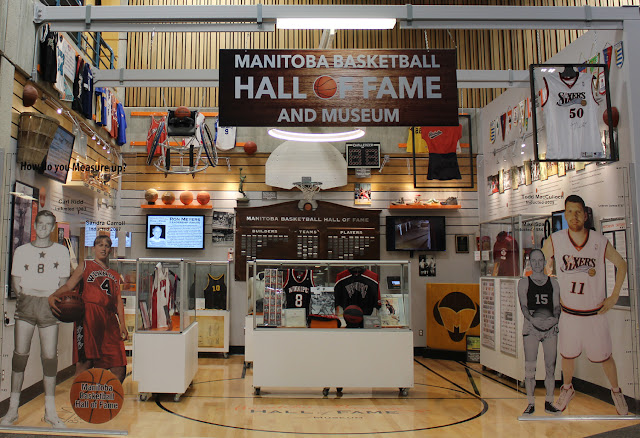 The Manitoba Basketball Hall of Fame & Museum has announced that the next Induction Dinner will be held on Saturday, September 25, 2021. The Selection Committee is now requesting nominations of worthy candidates for the next induction that meet the set criteria.  The deadline to submit a nomination for the next induction is December 15, 2020.
Eligibility for NominationAll nominations are welcome.  The criteria/guidelines used by the selection committee are as follows...Player CategoryPlayers who consistently performed at a high level over a number of years on provincial, university, national or professional teams; and (a) who played high school basketball in Manitoba, whether or not they stayed in Manitoba after graduation; or (b) who played high school basketball outside the province, but played at an elite level in Manitoba.Builder CategoryEligible nominees are individuals, such as coaches, managers, trainers, sponsors, and media persons, who have made a significant contribution to the development and the promotion of basketball in Manitoba.Team CategoryManitoba based teams that have won national, international, or world championships; andHigh schools whose male or female varsity teams have won a minimum of three provincial championships within a six-year period.Submitting Nominations The Manitoba Basketball of Fame Committee invites members of the community to submit nominations in the player, builder, and team categories of the Hall of Fame. Nominations can be submitted at any time. However, as the Induction Dinner is traditionally held in late September / early October, the selection sub-committee of the MBHOF Committee reviews only those nominations that are submitted no later than December 15 of the preceding year.
To submit a nomination for consideration, please visit the Manitoba Basketball Hall of Fame website at...