PUBLISHED ON August 16, 2016 Club Tryouts, Headlines,
2001 GIRLS UPDATED: The Manitoba Magic Basketball Club has announced their tryout details for the 2016-17 season for boys ad girls born in 2001 to 2004.  Additional ages will be offered as well.  Contact the club at manitobamagic@gmail.com for more. 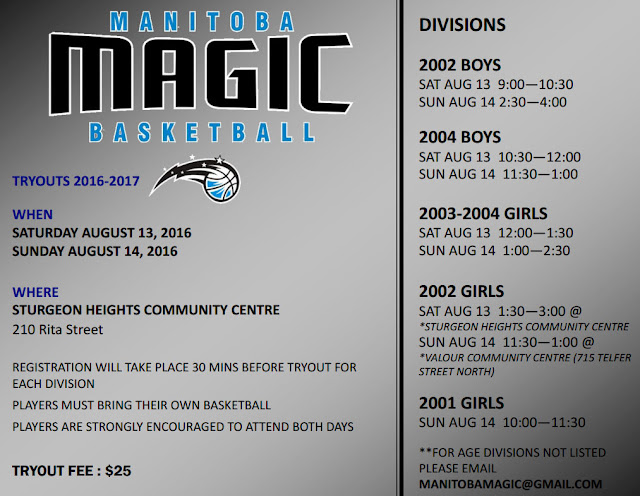