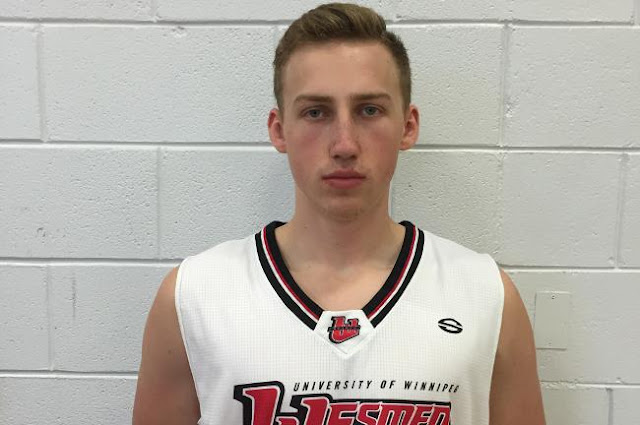 Yaworsky a 6’7” forward from St. Paul’s High School will be entering his second year of eligibility this coming season. He played one season (2014-2015) with the Skagit Valley College Cardinals in the North West Athletic Conference, averaging 7 points and 4 rebounds per game.

“We are happy to welcome Billy to the program.  He brings a combination of size, skill and strong character that will be very valuable to our group”, said Wesmen Men’s Basketball head coach Mike Raimbault.

Yaworsky in his senior year led the St. Paul’s Crusaders to the 2014 AAAA Provincial Basketball Championship. During the provincials he averaged 22 points and 12 rebounds. His outstanding play led to his selection as the Most Valuable Player.

“I’m super excited to play for Coach Raimbault and the University of Winnipeg. I look forward to representing my hometown team in the very talented Canada West Conference”, added Yaworsky.