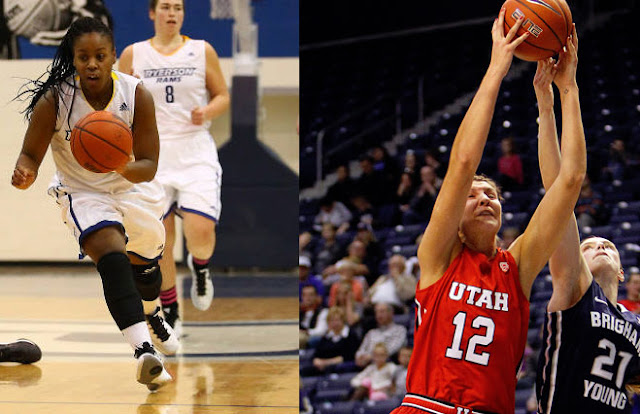 Canada Basketball’s women’s high performance program is has announced the 17 athletes who have been invited to Development team training camp, which includes two Manitobans in Keneca Pingue-Giles & Emily Potter.

Emily is currently in Europe with the Canadian Senior National Team as part of a pre-Olympic series of games and will be heading into her Junior year at the University of Utah this fall.

“We’re looking forward to a summer of training and gaining important international game experience,” said Fabian McKenzie, head coach. “Continuing to develop the next wave of talent in Canada is integral to our continued success on the world stage.”

The team will participate in a 9-day training camp from June 7th -16th at the University of Toronto – Mississauga. The final 12-woman squad will head to Prague for a 5-game exhibition tournament from June 20th – 25th.

In 2015, the Development team finished 2nd and won a silver medal at the FISU World University Games in South Korea – a best-ever finish for the team.