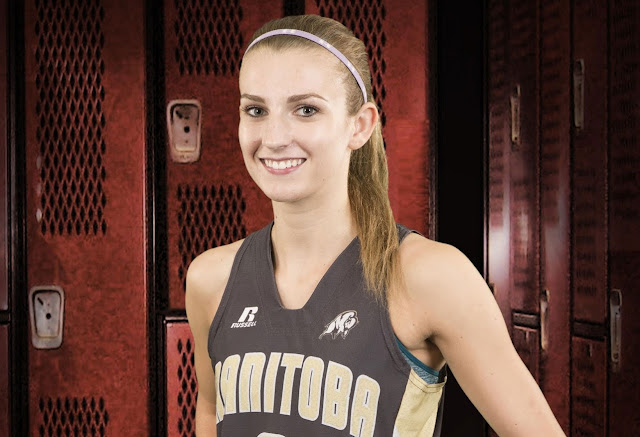 CMU Women's Basketball has announced the commitment of Westwood Collegiate's Jessica Marx-Houndle for the 2016-17 season. Selected as an honourable-mention on the Winnipeg Sun's annual Top Ten list, Marx-Houndle recently helped her Westwood Warriors to a third-place finish in their conference, qualifying for the 2016 MHSAA "AAAA" Girls Provincial Championships. 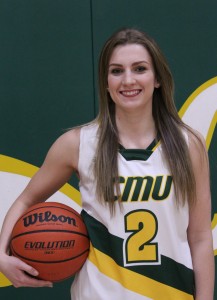 A regular member of the Manitoba Provincial Team, the 5'9 guard was part of a silver medal performance in the 2015 Canadian National Championships as an under-17 and a year earlier, helped Team 'Toba to a third place finish at the Western Canadian Championships where she earned recognition as a under-16 Western Canadian All-star.

"We are very excited to have Jessica joining us," said head coach Joe Di Curzio, "she will be an outstanding addition. Jessica excels at attacking the basket and is a high-level defensive player as well." 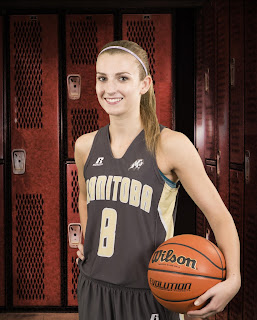 A product of the Manitoba Spartans club basketball program, Marx-Houndle has been a co-captain of her high school team and as a student leader at Westwood Collegiate, is very involved in volunteering with the Mini-Warrior program where she serves as a youth coach for basketball and volleyball.

"Jessica has been involved in a lot of developmental opportunities during her high school years that will influence her ability to be a big contributor on our team and a solid student-athlete at CMU." added Di Curzio.

CMU Athletics is preparing for a significant announcement regarding the schedule for the 2016-17 women's and men's basketball commitments later this month.