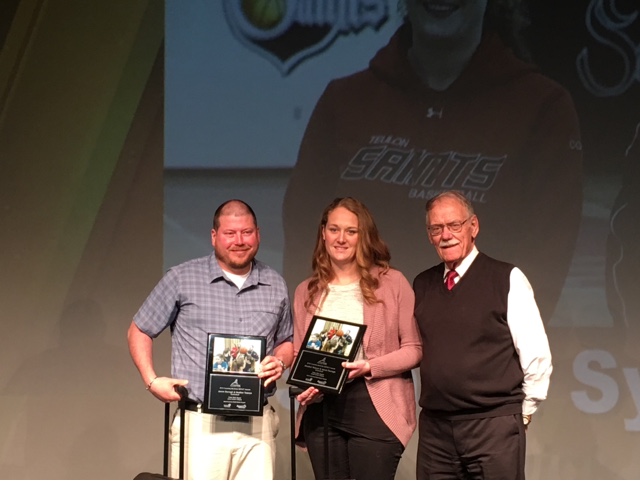 Congratulations go out to Teulon Collegiate's varsity girls basketball coaches Jason Darragh and Heather Tatryn who were named as the 2016 Coaching Manitoba Excellence Awards recipients of the Peter Dyck School System Coaches of the Year!

They were honoured as part of the annual Coaching Manitoba event which recognizes coaches from around Manitoba who have achieved excellence at all levels of sport. 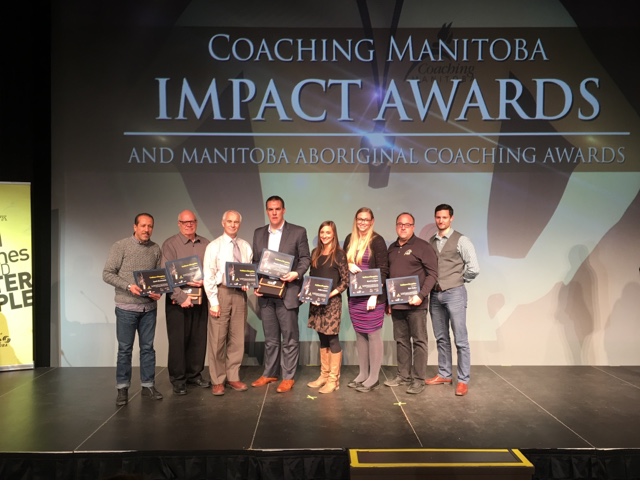 Also recognized at the event was Manitoba Provincial Team coaches Sarah Lundgren (pictured above, 3rd from the right) and Alyssa Grant for their achievements with the program in 2015, bringing home Silver and Bronze Medals respectively from the Canada Basketball National Championships. 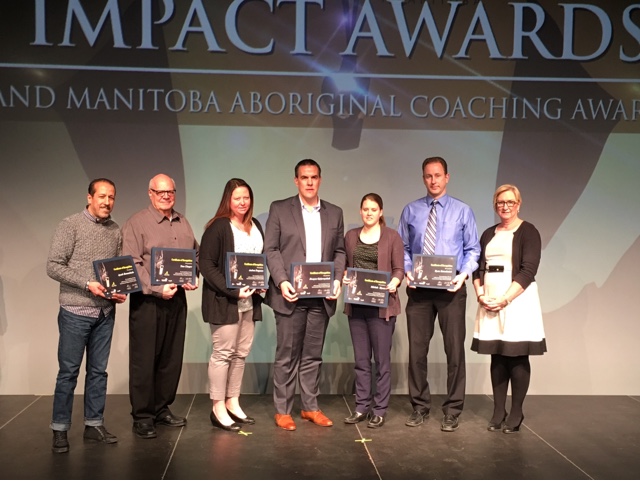 Canada Basketball National team coaches Michele Hynes (pictured above, 3rd from the right) and Kirby Schepp were recognized for their involvement in the world stage in 2015 as was long time basketball coach Marijus Timmerman of Grant Park with a 25 year service award (pictured below, left side). 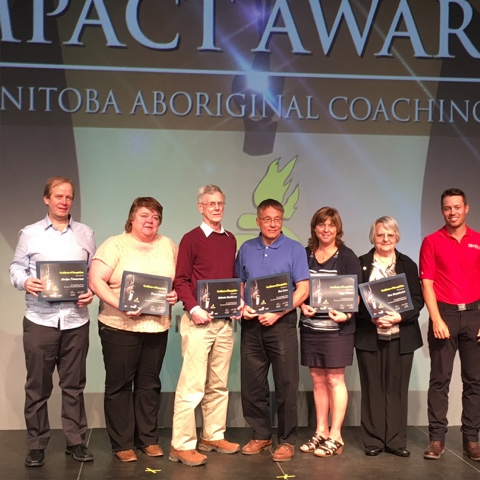 Thanks to Sport Manitoba and Coaching Manitoba for halting the event and to all the coaches who were recognized!