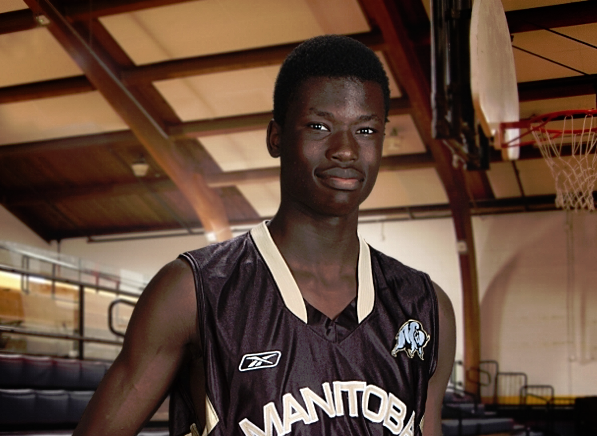 Basketball Manitoba is pleased to share the news that Winnipeg's Emmanuel Akot has been named to the roster for the 2nd annual BIOSTEEL All-Canadian Basketball Game.  Emmanuel is currently attending Wasatch Academy in Mount Pleasant, Utah.  The 6'5, 175 lbs Akot is part of the 2018 graduating class.  He last competed for the Manitoba Provincial Team in 2014 with the 15U program. 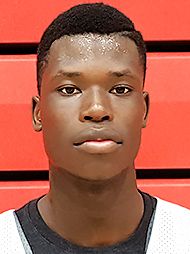 The Biosteel event is set for April 10-11, 2016 in Toronto and will feature the top 24 male athletes born in 1997 or later who are either Canadian-born or enrolled in a Canadian institution. The top 24 will come to Toronto to work with Canadian coaches and trainers in a series of events, including: on-and-off court training, community outreach, skills competitions and the all-star game.

'BioSteel is committed to growing the game of basketball in Canada and we created this game as a platform to celebrate talent we have across our country,' said John Celenza, President of BioSteel. 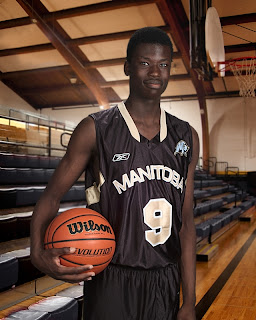 TSN’s exclusive broadcast of the BIOSTEEL All-Canadian Basketball Game tips off on Monday, April 11 at 7:30pm ET on TSN, live from the University of Toronto’s Goldring Centre for High Performance Sport.

The roster of players selected to participate in the 2016 BIOSTEEL All-Canadian Basketball Game is being announced today in conjunction with Canada Basketball Day at the Air Canada Centre, as the Toronto Raptors host Team BioSteel’s Andrew Wiggins and the Minnesota Timberwolves tonight (Wednesday, Feb. 24) at 7:30 p.m. ET on TSN4 and TSN5. Canada Basketball has once again signed on as a supporting partner of the 2016 BIOSTEEL All-Canadian Basketball Game.

All of the athletes selected to the roster of the 2016 BIOSTEEL All-Canadian Basketball Game have played prominent roles in top-level basketball programming, from AAU to representing Canada on the international stage.

The 24 players were chosen by a 10-person selection committee, overseen by Tony McIntyre, the BIOSTEEL All-Canadian Basketball Game Operations Director and Selection Committee Chair. The committee is comprised of a cross-section of Canadian basketball stakeholders, including provincial and territorial representatives, clubs, coaches, and scouts from across the country.

A selection of players featured on the roster will compete in the skills events surrounding the game, including the 3 Point Shootout and Slam Dunk Competition, on Sunday, April 10. Additional details, including the roster for the BioSteel Future All-Canadians Game, which takes place as part of the same event, will be announced in the coming weeks. 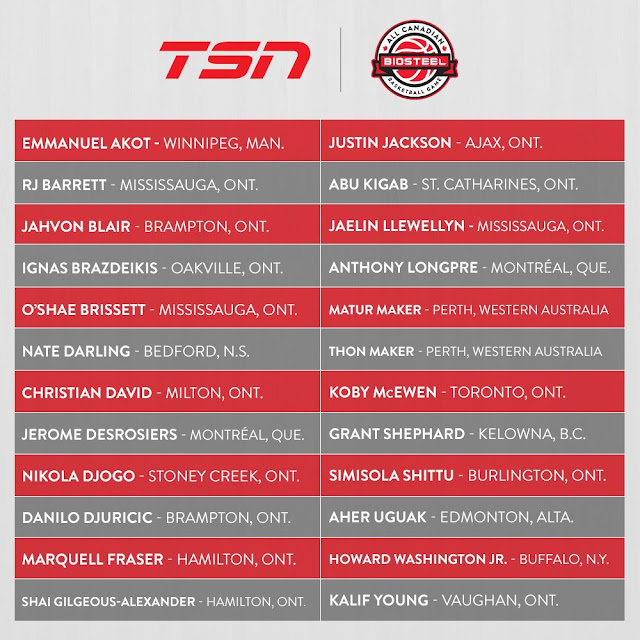 Read more about Emmanuel on his ESPN College Recruiting page.

Read more about the BioSteel All-Canadian Basketball Game at http://biosteelallcanadian.com/