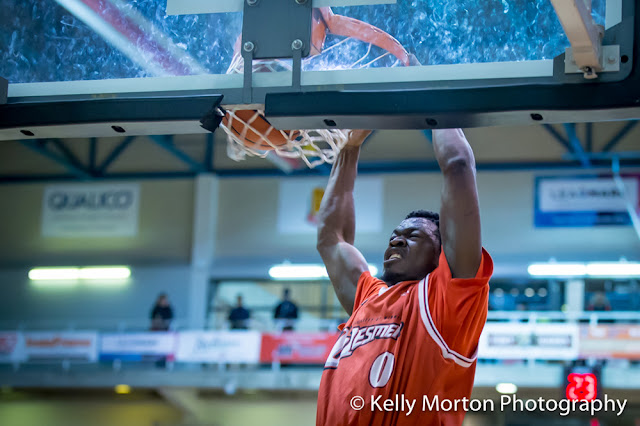 The University of Winnipeg Wesmen in conjunction with the Canada West Universities Athletics Association has announced that men's basketball player Denzel Lynch-Blair has been named the Canada West Male 1st Star of the Week, for the week ending January 31, 2016.

In a two game home sweep against the University of Saskatchewan Huskies, Lynch-Blair had one of his best weekends of the 2015-2016 season.

The second year guard scored 49 points (24.5 ppg) grabbed 12 rebounds, dished out 13 assists and had eight steals in the two games.

In Friday’s 81-77 victory, he scored a game high 22 points and had seven assists. On Saturday, Lynch-Blair poured in 27 points to along with six assists and five steals in helping Winnipeg complete the sweep with an 81-72 victory.

“We are happy that Denzel has been recognized for his strong play as of late.  He has been contributing to the team at both ends of the floor and we hope he can continue his high level of play as the season progresses”, said Wesmen Men’s Basketball head coach Mike Raimbault.

The Wesmen will open a home and home series on Friday night at the U of M against the Bisons before returning to home court on Saturday night at 7:00 p.m.