A 20-year veteran of Canadian masters basketball and member of the Manitoba Basketball Hall of Fame, Jude Kelly, has today been announced as an ambassador for the World Masters Games 2017, the world’s largest multi-sport event that kicks off in Auckland, New Zealand in just over a year.

Kelly’s appointment was announced by World Masters Games 2017 Chief Executive Jennah Wootten as part of the opening of registrations for the global sporting festival.  “We are delighted to welcome Jude to the team.  Canada is the second biggest international market for us and Jude’s role as the Canadian representative for the Federation of International Masters Basketball Association (FIMBA) and now as a World Masters Games 2017 ambassador will help us encourage all sport-loving Canadians to take part in the Games.”

As well as becoming an ambassador, Kelly is also one of the first 10 WMG2017 participants to register for the Games.  “He joins former New Zealand cricketer and Rugby World Cup CEO Martin Snedden and a mix of fellow sportspeople who represent the diversity of the masters sport movement,” she says.

Kelly says he is honoured to join the WMG2017 ambassadors’ family and he and his Stooges basketball team mates are looking forward to defending the gold medal title (50+ Division) they won in 2013 at the Turin Italy World Masters Games.  “New Zealand has been on my destination bucket list thanks largely to the Lord of the Rings films and I can’t think of a better way to combine playing the sport I love and visiting such a beautiful country,” he says.

Basketball is one of 28 sports taking place across more than 45 competition venues during World Masters Games 2017.  The minimum age for basketball is 30 and there are four competition divisions – A Grade Premier, B Grade Competitive, C Grade Recreational and Open.  A and B grade age categories are in five year increments from 30 to 60+, C Grade increases in 10 yearly categories from 30 to 60+ and the Open Grade provides competition for men and women 65+, 70+ and 75+.  There are three competition venues – North Shore Events Centre for A Grade Premier and B Grade Competitive, AUT University North Shore Campus for B Grade Competitive and Open Grade, and Bruce Pulman Park for C Grade Recreational. 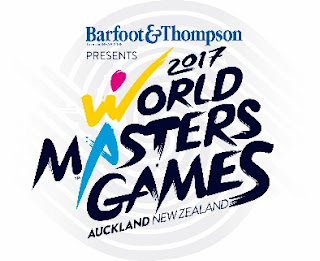 “The work our ambassadors do on a voluntary basis on our behalf is invaluable,” says Ms Wootten.  “Jude is already hard at work on our behalf spreading the WMG2017 message throughout his Canadian and US contacts.”

Registrations for the Games close 31 January, 2017.  Places in some sports are capped, so those interested should act promptly.  Information about the Games, the sports, pricing and payment options can be found at http://ift.tt/1u4LCSI

The World Masters Games is the largest multi-sport event in the world.  In terms of athlete numbers, it is bigger in scale than even the Olympics.  Auckland will host the event from 21 to 30 April 2017 during which time 25,000 athletes will compete in 28 sports across 45 competition venues.  The Games are regarded as the largest event New Zealand will host in at least the next decade.  For more information visit http://ift.tt/1u4LCSI.