The Future of Player Development is Already Here 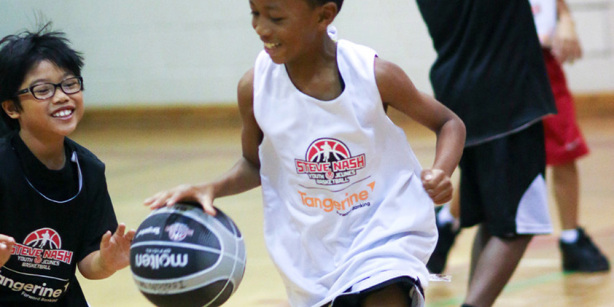 Basketball has always been a changing game.  Initially, players weren’t even allowed to dribble.  Eventually a shot clock was introduced.  For a brief period dunking was banned (the “Alcindor Rule”).  Years later a three-point arch was added.

With each rule change comes a wave of basketball philosophers, innovators, and exploiters.  This is what makes basketball a living, breathing sport that has matured with each generation of players and coaches.


Most changes to the game are a direct result of a change to the rules.

But we are now in the midst of the most dramatic shift to the game of basketball in recent memory.  And it has almost nothing to do with the rules themselves.  This is a shift in playing style and player development.  A true basketball revolution.

Times were simpler then.

Today, there are five players playing five roles.  No longer defined by height or position, instead players are viewed as individuals with unique skill sets, strengths, and weaknesses.

Think Kevin Durant, who at 6’9 is one the best perimeter shooters in the league.  Think LeBron James, who at 6’8 is just as effective with the ball in his hands as without.  Think Draymond Green, who at 6’7 can defend all five opponents on the floor.

This is the new and improved model for basketball players.  A player who can at once do anything and everything.  A player who is as comfortable bringing up the ball and attacking the paint as they are making a basket cut, or defending the post, or hitting a jump shot, or crashing the boards.
And don’t think this positionless trend is exclusive to the NBA elite.  It is already a central principle of the Canada Basketball Development Pathway.  And it is infiltrating college, high school, and youth programs around the world.  Positionless basketball is taking over.


WHY THE POSITIONLESS REVOLUTION?

Spacing has always been stressed in basketball, but the rise in popularity of the three-point shot has made spacing even more of a priority.  If every player poses a threat from the perimeter, defenses are forced decide between staying on their man or rotating to the open shooter across the court.

Though three-point jumpers are never the focus of a good youth program, the spacing principles still apply.  We have all seen young players “swarm” the ball.  By bringing their defenders with them, the players crowd their own teammate – often resulting in a silly turnover.  Spacing on offense helps to open up the floor and give the ball handler enough time to apply a skill or make a decision.

As elite offenses become more complicated and nuanced, defenses need to be able to adapt accordingly.  The simplest way to do this is with players who can defend multiple positions, switching on and off players freely while not giving up an offensive advantage.

The same is true at younger levels, albeit to a much lesser degree.  How often does a youth team forget who is guarding who?  How often do players lose their match-up in the frantic action of moving bodies?  The answer is a lot.  If youth players develop the movement skills to defend just as well on the perimeter as in the paint, assigning defensive match-ups becomes a luxury instead of a priority.

Across the world, coaches proclaim that basketball is a game of opportunity.  If you put yourself in the right spot, and you put yourself in a position to win.  But what if that “right spot” can be any spot?  What if a player can have just as big an impact on a play from the top of the three-point line as they can from the block?  This is a real advantage.

This opportunity advantage is even more significant at youth levels.  Youth who are pigeonholed into one position because of their height (i.e. as a “post player”) may suddenly stop growing.  All of a sudden they are asked to play on the perimeter, but without having developed any of the perimeter skills.  Their career will likely be cut short, either by an impatient coach or simply quitting out of frustration.

In contrast, youth who are taught a range of skills – regardless of their height – become comfortable in a variety of roles.  Now regardless of how they mature physically, they are able to contribute to their team in multiple ways on both ends of the floor.  Their career will likely be extended, either by filling different roles in different teams or by capitalizing on their biggest skill set advantage.
How will you work to develop positionless athletes on your team or in your program?  Share your ideas in the comments section below!