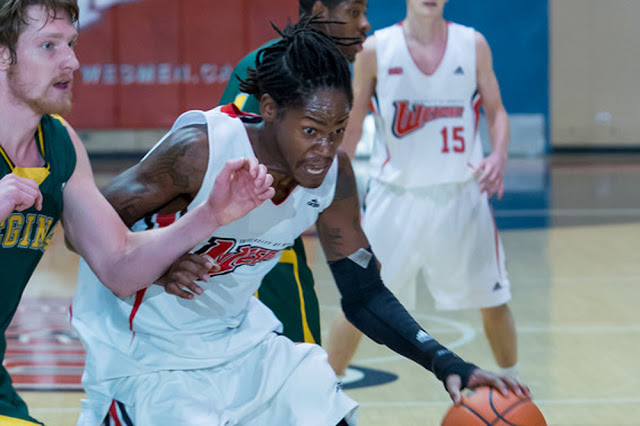 The University of Winnipeg Wesmen has announced that former Men’s Basketball Player Steven Wesley has recently signed a professional contract with the Kordall Steelers Basketball team in Luxembourg.

This is the second professional opportunity for Wesley, who played last year in Fribourg, Switzerland for the Villars Basket (2nd Swiss Division).

“I am happy I get to continue playing basketball at the pro level and feel blessed to continue living my dream as a pro basketball player. It is a tough market to get a job in and I'm grateful to be playing in my 2nd season. They need me to come in and do everything score, rebound and get wins and I'm excited for the challenge”, said Wesley.


Wesley, from Spokane, Washington suited up for the Wesmen for two seasons (2012-2013 and 2013-2014). In his final year with the Wesmen, he was named a Canada West Men's Basketball First Team All-Star. He placed 7th in conference scoring averaging 17.3 points per game and was 12th in rebounding grabbing 7.1 rebounds per game. Wesley was named the University of Winnipeg’s Male Athlete of the Year following the season.

“We are happy that Steven is making the most of his opportunity to continue his career as a professional basketball player. He gave a lot to the program during his time here and we wish him continued success”, added Wesmen Men’s Basketball head coach Mike Raimbault.