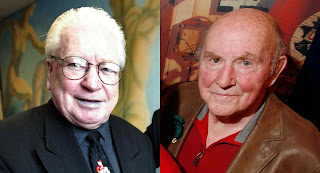 Basketball Manitoba is saddened to share the news of the passing of both Frank McKinnon and George Phillips over the past weekend.  Frank was an avid coach and supporter of basketball at his time at Carman Collegiate and the MHSAA.  George was the founder of the Legion Athletic Camps of which he oversaw for over 50 years and was principal at Kelvin High School.  Both are members of the Manitoba Sport Hall of Fame.


Our thoughts and prayers go out to the McKinnon and Phillips families and friends.  They will be greatly missed.

READ STORY ON BOTH IN THE WINNIPEG FREE PRESS