The Return to Sargent Park - by Curtis J Phillips 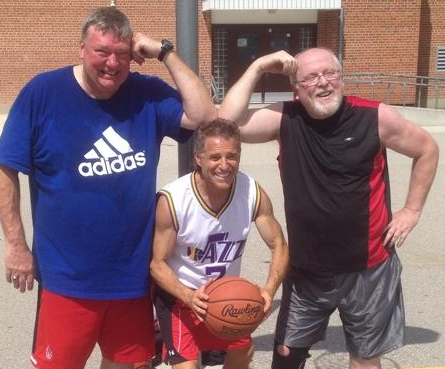 It was 42 years ago this summer that a 6-foot-4 teenager named Ken Opalko walked onto the outdoor basketball court at Sargent Park School located in Winnipeg’s west end.

Three or four years prior, having fallen under the spell of basketball at the age of 12, this concrete pad had become my home-away-from-home, sunrise to sunset in the summer practicing finger rolls ala Wilt Chamberlain or fancy passes ala Pete Maravich.

It was time to defend my turf.

I had heard of Ken, who now in Grade 9, was already a name being bandied about as a future star.

Right away it was evident that he was a true gunner – a born shooter.

My own game was based on the simple fact that I could usually jump higher than everyone else.

A year later we would become teammates in high school, winning a city and provincial championship in Grade 12.