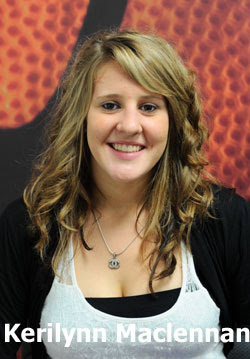 Grant McEwen University in Alberta has announced that Kerilynn MacLennan, a 5’11” forward, has committed to its program for the 2013-14 season.  She heped lead Oak Park to a Manitoba High School Athletic Association Provincial championship, capping a 33-0 season, the first undefeated season by a Manitoba team in 38 years. Kerilynn capped her final season with an outstanding championship game scoring 28 points and pulling down 15 rebounds to earn MVP honours. Her ability to shoot from a variety of positions on the floor has made her a versatile player and a difficult match up. During the 2012-13 season she averaged 19 points, 13 rebounds and three assists per game. Her ability to take over a game and her experience as a member of Team Manitoba will make her a valuable member of the Griffins. 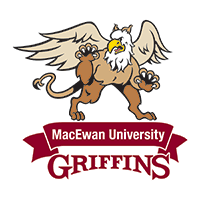 “Kerilynn is one of the hardest working players I have ever coached. She has made the decision to maximize her work to get all she can out of the game. It is impossible to be around Keri and not be impressed by her work ethic. This in turn makes the team lift their work habits to meet hers. She is truly a leader by example and deserves all the success coming her way. We are very excited to see Kerilynn move on to play for Coach Poole at MacEwan University next season and can’t wait to see her continue the tremendous progress she has made as a basketball player.” – Murray Brown, Oak Park High School head coach.