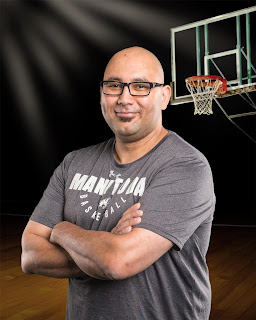 Marlin is returning to the Manitoba Provincial Program after having a very successful first summer in 2019 with the 17U Male Provincial Program.  He is excited to pick up where they left off last summer, and to continue to climb the national rankings with a strong coaching staff and very athletic crop of athletes coming into the program.

He has been involved in the sport of basketball over since 1991 as a player and coach.  He played his high school basketball with the Sisler Spartans and participated in the Provincial Team Program throughout his high school playing years.  Marlin went on to play two years at the University of Winnipeg.

He has coached at various levels starting with the WMBA (2010 – 2014), Junior Bison’s Basketball Club (2012 – present),  Junior Varsity at Niverville Collegiate (2012 – 2016) and at the Varsity level at Sturgeon Collegiate (2016 – present).  Marlin also holds the position of Head of Coach & Player Development with the Junior Bison’s Basketball Club placing a significant focus on skill development.

Marlin has experienced success at all levels of coaching and has had the ability to develop players and teams to maximize their potential.  He also believes that it is not only his responsibility to prepare the players to be highly skilled players, but also to be strong leaders within their respective schools and communities.