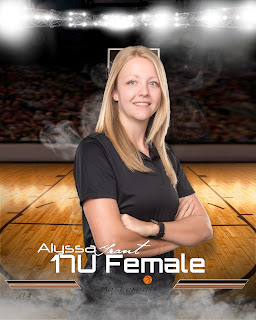 Alyssa has been involved in basketball through playing and coaching for over 15 years. She graduated from the University of Winnipeg in 2015 with a Bachelor of Education and a Bachelor of Arts. While attending the U of W she played 5 years of basketball and fulfilled her requirements to become an MFC certified personal trainer.

Alyssa is currently teaching at Arthur A. Leach School where she coaches volleyball, basketball and cross-country. For the last 3 years Alyssa has also been working as an assistant coach with the University of Winnipeg women’s basketball team.

Alyssa began her coaching career as an assistant coach for the Oak Park Raiders varsity girls basketball team. Over the 5 years Alyssa was with the team they played in 4 consecutive Provincial Championships, capturing the title in 2013.

In addition to coaching at the High School level, Alyssa spent 4 years coaching with Manitoba's Center for Performance (CP) program and both the 15U and 17U girls Provincial Teams. In 2017, she head coached the 1U7 Girls to a bronze medal finish at the 2017 Canada Games in Winnipeg.