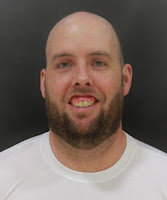 Evan has been coaching at Sturgeon Heights Collegiate since 2010, serving as Head Coach of the JV Boys team for 8 years.  In that time he has led teams making four conference championships and winning three times as well as making three provincial championships, winning in 2016 and 2018.

Through 2015-17, Evan additionally worked as an Assistant Coach with the Varsity Girls Team and assumed the head coaching position with the girl's program in 2018. In two seasons as the girls head coach, the team has made the AAAA Provincial Final Four both years and made the Provincial Finals in 2019.