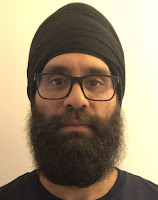 Sukhvir has been involved in the sport of basketball as a player or coach since 1990.  Coach Singh played his high school basketball with the Kelvin Clippers where he started for the Varsity team in grade 10. In his grade 12 year coach Singh was selected as a 1st team Graduating All-
Star, named to the All-Manitoba 1st team and was awarded the ‘AAAA’ player of the year honours. Sukhvir was ranked #1 in the annual coaches poll, received the high school team MVP award and was named Kelvin High School’s graduating Male Athlete of the Year.

Sukhvir began his coaching career as an assistant coach with the Red River Rebels College program. After two seasons he was promoted to the head coaching position and led the Rebels to 7 straight MCAC Championships, all while picking up 3 MCAC Coach of the Year awards as well as being named the Basketball Manitoba Open Category Coach of the Year.

Sukhvir was an assistant coach with the Manitoba Provincial Team program from 2011 to 2013 where he helped lead the program to two consecutive National Silver Medals, the second one being at the Canada Games.

Coach Singh was an assistant coach with the University of Manitoba from 2015-2017 where he helped guide the program to back to back Canada West Final 4 appearances all culminating with a Canada West Silver medal and a trip to the National U-Sports Elite 8 tournament.

Sukhvir has a wealth of knowledge and experience in basketball and views it as a responsibility to share that knowledge to help grow the beautiful game of basketball. Coach Singh has the ability to help athletes reach their goals and their potential all while mentoring them to be better people and positive influences in society.