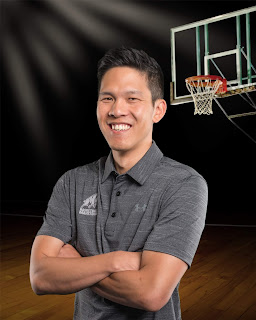 He has been highly involved in basketball development in Manitoba for the past ten years. Most recently as a boys Centre of Performance coach (2013 – 2019) and 15U provincial team head coach in 2014 and 2015. Eric has head coaching experience with the Junior Varsity Boys at Maples Collegiate (2013), 2013 Manitoba Summer Games team, 18U Boys Chinese Universal Storm (2011-2013) and Junior Bison Girls Basketball Program (2008-2010).

Sung graduated from Steinbach Regional Secondary School and played post-secondary basketball at Providence University College. He then moved on to graduate from University of Manitoba with a Bachelor of Physical Education and Education. Eric is currently a high school physical education and human ecology teacher at Dakota Collegiate.