Ballin' for the Cure CancerCare Tourney Raises $5,859 for CancerCare Manitoba 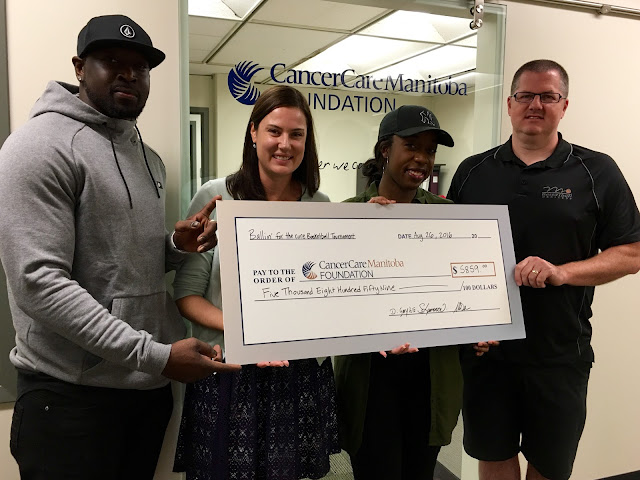 VIEW PHOTO GALLERY: The Ballin' for the Cure CancerCare Basketball Tournament organizers Donovan Gayle and Shaneil Lawrence (pictured above left and centre with Cancer Care's Sherelle Kwan and Basketball Manitoba's Adam Wedlake), have announced that the third annual tournament has raised $5859.00 for CancerCare Manitoba which also included 2 iPads for the treatment ward.  The 14 team men's tournament which ran in late August at the University of Winnipeg was coordinated to spread awareness and collect needed funds to support cancer resource programs offered here in Manitoba.  Since beginning in 2014, the event has now raised $13,509.


100% of all team fees were donated directly to the cause with the venue being graciously donated by the University of Winnipeg and all MABO referees volunteering their time to work the games.  Basketball Manitoba was able to insure all participants for the weekend and aided with promotional and operations support.

Donovan and Shaneil would like to thank all the supporters of the event including the volunteers who helped with score keeping, collecting donations at the door along with Ian McCarton at the University of Winnipeg, Wes Crymble and Cam Moskal at MABO and Adam Wedlake and Basketball Manitoba for all their support.  The referees who donated their time to work the event included... 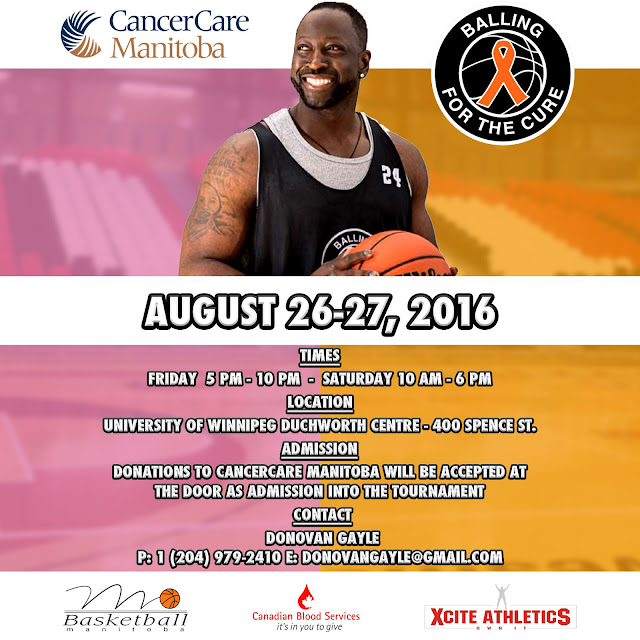 Huge thanks to the students at Stanley Knowles School who volunteered their time as scorekeepers and other helpers - Kiannah, Jenna, Shayna, allyza, Shen, Arra, Michael, Anurit, and Halle.

Basketball Manitoba would like to thank Donovan and Shaneil for all their time and dedication to this project!

The game results from the weekend have been updated below.